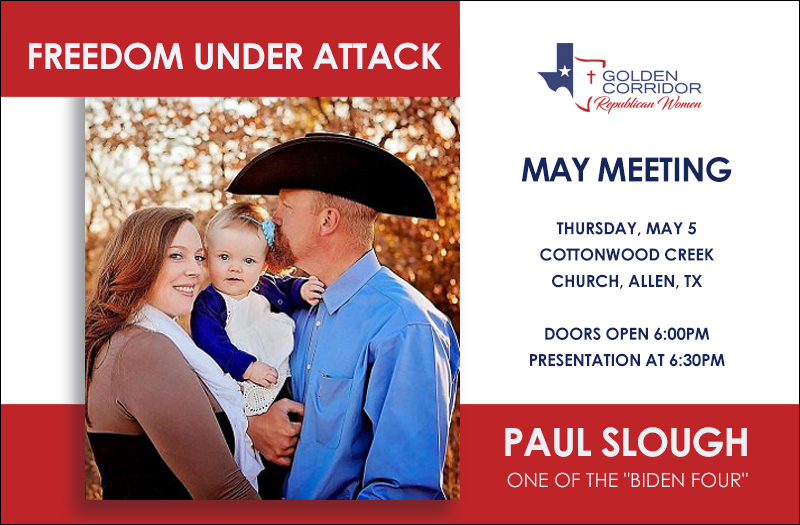 Paul Slough grew up in a small town in West Texas. He joined the army straight out of high school to serve his country, see the world and earn a college education.

While serving with the National Guard, he participated in many security operations including convoy support. During a particularly difficult and confusing attack, Paul earned his Combat Infantryman Badge for refraining from firing his weapon due to the threat of civilian casualties, but also ensuring that all team members escaped the attack unharmed. Paul was given a field promotion to Sergeant on this deployment and left the military honorably in 2007.

Paul is one of the “Biden Four”; arrested, imprisoned, then granted a full pardon by President Trump. He will be speaking about his experiences in the war zone, what followed and how he was sustained by faith.

Paul is described by his co-workers and supervisors as a man of good judgment and integrity. Many have come forward to write letters of support on his behalf and attest to his strength of character and his deep and abiding faith. Just moments after the guilty verdicts were read, he sent a message via his lawyer to his wife… “Keep the faith.” We’ve adopted this message as the battle cry of this fight for these men’s lives. #KEEPTHEFAITH