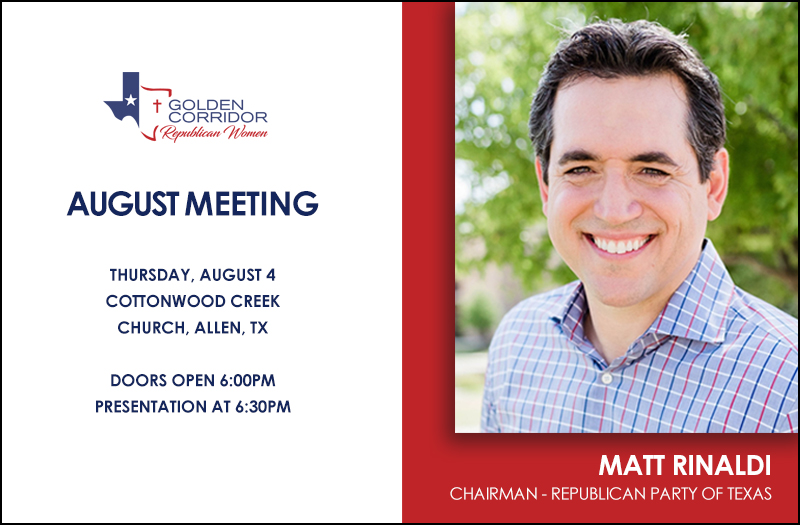 Chairman Matt Rinaldi represented northwest Dallas County in the Texas Legislature from 2015 to 2019. During his time in office, Rinaldi was consistently rated among the top two most conservative members of the House by Rice University, Texans for Fiscal Responsibility, Young Conservatives of Texas and Texas Eagle Forum. Rinaldi was, according to the Dallas Morning News, “instrumental in strengthening the punishments in the sanctuary cities ban,” and authored and passed into law measures that: remove from office public officials who adopt sanctuary city policies, require government contractors and subcontractors to use e-Verify, revoke pensions of teachers convicted of committing sex crimes against students, allow churches to utilize volunteers to provide security services without risking heavy fines, and prohibit any taxpayer money from going to Planned Parenthood.He served as the Pro-Life Whip for Texas Right to Life in 2017.

Chairman Rinaldi earned his Juris Doctor with honors from Boston University School of Law and a Bachelor of Business Administration in Economics from James Madison University. Matt attends St. Ann’s Catholic Parish in Coppell with his wife, Corley, and son, Rush.