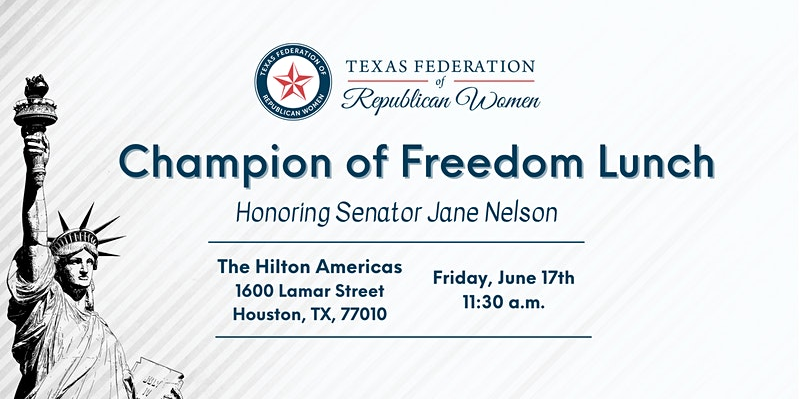 The TFRW Champion of Freedom Award is awarded to someone who acts as a catalyst to bring people together in a community of political diversity and who has made a significant contribution toward protecting or expanding United States citizens’ freedom. No one has done more over the last 30 years to bring Democrats and Republicans together and protect our freedoms and liberties than Senator Jane Nelson. We will honor Senator Nelson at the Champion of Freedom luncheon at the Republican Party of Texas Convention on Friday, June 17th at 11:30 a.m. at the Hilton Americas 2nd floor Ballroom. The Hilton Americas is located directly across the street from the convention center at 1600 Lamar Street. There is an indoor walkway directly to the Hilton from the 2nd floor of the convention center.